I haven't posted here in a while, but as some background, I'm a 31 year old guy who overthinks everything (and yeah, I've got an appointment with a therapist, who I've seen before, next week). My life tends to work out except when occasional situations trip me up and I go into a guilt/shame meltdown because I have trouble processing something I did or potentially did (always a mistake) that I'm concerned is going to have some sort of dire consequences (even if some of my worries are irrational). This is kind of a long read, so bear with me:

I feel as if...I make a lot of little mistakes. I tend to daydream, and sometimes if I'm preoccupied, I'm a little careless and I mess up. I feel like this is unacceptable to many people-I've been having this problem with my current housemates (a couple), who seem to like everything done a certain way and if I repeatedly screw up (by doing things like forgetting to put away dry dishes promptly, or closing a cupboard door), then I'm the Bad Roommate. I feel like since they're the tidier ones, even though I'm not particularly messy, I never have any ground to stand on and am always in the wrong by default. It's also very likely I mentally exaggerate how annoyed they are. It's also been a challenge because I have nothing in common with these people and I'm also THAT roommate who eats in his bedroom and doesn't enjoy making small talk with his housemates (other than basic “hellos”) if we don't really "click". I don't like having housemates, even ones I've become friends with-I've only had housemates because I couldn't afford to live alone. Hopefully, this is about to change-I THINK I've secured a one bedroom apartment (unfortunately, I am waiting for the landlord to come back from vacation and confirm that I can move in this week).

Anyway, yesterday morning, their indoor cat ran outside when I had the screen door open, and immediately hid in some bushes. They were on a weekend trip and are coming back today. I spent all morning yesterday looking for the cat and waiting for her outside, but eventually, I had to go to work-I couldn't tell my new job that I had to stay home to look for my housemates' cat, right? That seems unreasonable. Occasionally the cat would pop up, see me, and then hide again. No sign of her last night or this morning, and she didn't eat the food I put out. If she doesn't show up this morning, I'll rent a live trap from the Humane Society on Tuesday. I don't know what else I can do. When I told my housemate about it, their response was “We've told you before about not leaving that screen door open”. And I get that. I would feel the same way if my cat was lost (but my cat is also easy to catch. He's gotten out numerous times and it hasn't been an issue. Each cat is different).

I'm consumed with guilt over this cat thing-I caused someone to lose their pet through my own incompetence. She may come back, she may not. How do I deal with this? I called my mom last night and sort of had a verbal meltdown, started becoming paranoid (“WHAT IF the roommates do THIS as retaliation......WHAT IF the roommates do something to my cat to “get back” at me...etc.). I need to just not do that anymore. This tendency to catastrophize and come up with preposterous “what if” scenarios is, I think, all tied in to me trying to escape feeling guilty. My susceptibility to guilt and shame, even if imagined, combined with my tendency to avoid conflict whenever possible is probably my worst trait.

Again, if everything goes well, I'm moving out this week anyway. Still, I hate the idea that I'm going to be leaving on a bad note with these people (who I will most likely never see again). I just have to accept that it's okay for them not to like me and they're perfectly justified in doing so, but at the same time, their resentment doesn't make me a bad person. It was not okay for me to let the cat out, but that doesn't make a bad/defective person. For some reason, it's hard for me to accept those two ideas.

Anyway, I don't know if anyone has any insight into this stuff. I don't get as stressed out when the problem isn't my fault, because feeling guilty isn't a factor. 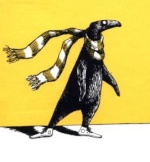 It sounds like you get it completely in theory, you can do something that's not okay without it making you a bad or defective person, and you recognize when your brain is blowing anxiety out of proportion, but that knowledge doesn't stop your thoughts from spiralling into guilt and anxiety. Maybe you need practice? Thoughts tend to go along the paths where they've already worn a groove, so it might be good to work on developing some new grooves or finding ways to pick them up and put them on a different paths.

This seems like something it would definitely be good to talk about with your therapist, and maybe ask if they can recommend any techniques for changing thought patterns specifically. CBT often seems to be mentioned for that, but there may be others. You could also check out Moodgym, which is an online CBT self-training course that seems pretty reputable, to see if that's helpful.

Enail wrote:It sounds like you get it completely in theory, you can do something that's not okay without it making you a bad or defective person, and you recognize when your brain is blowing anxiety out of proportion, but that knowledge doesn't stop your thoughts from spiralling into guilt and anxiety. Maybe you need practice? Thoughts tend to go along the paths where they've already worn a groove, so it might be good to work on developing some new grooves or finding ways to pick them up and put them on a different paths.

This seems like something it would definitely be good to talk about with your therapist, and maybe ask if they can recommend any techniques for changing thought patterns specifically. CBT often seems to be mentioned for that, but there may be others. You could also check out Moodgym, which is an online CBT self-training course that seems pretty reputable, to see if that's helpful.

Yeah, it's like I can analyze it after the fact, but in the moment, I keep making the same thinking errors. It's probably worth examining how often I do this now compared to just a few years ago, though (I think I've come a long way). I would like to have been where I am now in life like, I don't know, five years ago (feels like I'm making up for lost time in terms of graduating college and working on my career-but that's somewhat of a thinking error, too. Lots of people are late bloomers or have to "start over" for many different reasons. Most other people don't care about this as much as I do-just like most other people are as forgiving about minor mistakes-not that letting the cat out is minor, but other stuff-as I am regarding the mistakes other people make. People generally aren't examining my life that closely, and that's often a good thing).

Thanks (regarding the place)! There's still a chance I won't get it (if I fail the credit check-she didn't have a problem with my income, which is less than considerable, so I don't think this will be a problem, but I'm not going to know for sure until I pay and get the keys, which would be, at the earliest, tomorrow), but I think it's more likely I will. Between moving and starting a new job, I'm probably a little on edge, but that's not really an excuse.

UPDATE: the cat came back! Just like the song! I'm overjoyed. I didn't realize how concerned I was about her, in addition to feeling guilty (she's not the nicest cat, but she is a cat, which counts for a lot).

I feel like I've been unfair to my housemates by excessively worrying about their potential reactions (in part due to poor communication). This is part of why it's better for me to live alone...that said, if I want to be closer to other people, I need to be able to handle some conflict in my relationships. My dad is terrible (IMO) at handling conflict, and this is, I think, part of why my parents' marriage fell apart. I don't want to make the same mistakes.

I have a similar problem with over-flagellating myself when I fuck up, so I don't know how much useful advice I can provide, but one thing I notice myself doing a lot (and it sounds like you're doing) is tying mistakes to identities rather than actions. E.g., if I knock something over, the internal narrative usually goes right to "I'm the kind of person who is perpetually knocking things over," or "I'm a clumsy fuck forever and ever amen," not "I knocked that thing over just now, bad job." Do you have a similar process where your guilt gets tied to who you are rather than what you did ("I'm a chronic cat-letter-outer")? And is the fear of other people's reactions/censure largely a fear of what kind of person they think you are, more than the unpleasant interaction you might have to endure if they scold you?

Forcing myself to look at mistakes as singular instances and not identity-construction moments (even if they're instances which occur often) helps with that kind of guilt spiral thing sometimes. "This happened. Do your best to assess ways to reduce its odds of happening again. It has nothing to do with Who You Are." (That may have some overlap with CBT techniques, I'm not sure.) As does reminding myself how childishly self-centered it is to turn shit I did, which probably inconvenienced other people in concrete ways, into a referendum on my worth as a person. It's Not About Me is a useful mantra there. Not calling you self-centered or childish here--that kind of tough love is reserved for oneself!--but applying that thinking might be useful to you, if you don't just take it and run into guilt over being self-centered territory.

Also, fingers crossed on the apartment. I also hate having housemates, and housemates you don't click with is a special level of hell, so here's hoping you get to get out of there soon!

Yay, glad the cat came back (was it the very next day??)! Hope that eases the guilt and helps things go smoothly with housemate!