How do I get to know someone better without seeming desperate?

How do I get to know someone better without seeming desperate?

Ok, so I have a problem. Well, not a problem, more like a conundrum, really.

In the weekend classes I attend there is this woman, with whom I seem to have a really good rapport. We talk (a lot would be an overstatement but she does not actively avoid me, so it's something), we hang out during the breaks, and I really like her. She commended me on my recent literary success (first book I translated getting published soon) and it meant a lot to me that she did.

And herein lies my "conundrum" - I'd finally like to take an active stance in making friends with people and decided that this might be a good chance to do it. But there is a problem - I have a problem - she has a boyfriend. "So what?" I hear you ask. So the last time I've tried to befriend a woman who was in a relationship, I ended up being threatened by her boyfriend. I'd like to avoid that in this instance, and also, as I stated in the subject, not to come out as desperate. I'm not very good at this whole "people" thing, and it takes me a while to establish any form of relations. i havent told her that and I'm certain that she wouldn't realy be bothered by it, but that irrational fear is still there, in the back of my head.

So, I'd like to ask you: how should I proceed from here, to maybe gain a friend, and not lose teeth in the process. 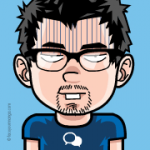 Hm. I don't think being threatened by boyfriends is a very common response to suggesting doing something sometime, unless you're being really flirty and he's particularly aggressive, or unless you're making her really uncomfortable, so it's not too likely to be a recurring outcome. If you're really worried, though, suggesting a group thing with other people from your class is a pretty clear not-asking-her-out way to do it, and can be a bit less vulnerable-feeling, I find. "Hey, do you want to see if we can get a group together to go for dinner/coffee/whatever after class next week?" If it's the kind of class where a study group might be useful, that's an even lower-stakes suggestion. Or just asking if she wants to study together.

Otherwise, if there's something related to your class topic or things you've talked about with her going on, like a movie or an exhibit, it's pretty natural to suggest checking it out together. You can add a "platonically" to make it clear if you like, or even invite her to bring her boyfriend along (which is also a way to meet another person who you could potentially get on with!)

ETA: As for not seeming desperate, just taking a no (including a soft one) as a no and responding casually, and not pressuring her or talking as if getting together once means you're bffs, is probably enough.

Enthusiastically seconding Enail's advice to try a low-stakes group invitation first, and/or invite her boyfriend if he might be interested in whatever hangout thing you want to do. Never hurts to try to make multiple friends at once!

I initially read this part

BlackBart wrote:So the last time I've tried to befriend a woman who was in a relationship, I ended up being threatened by her boyfriend.

as you feeling threatened and/or jealous of the boyfriend, didn't even think of the possibility it could mean he literally threatened you (!!), so if it's the latter, uh... yeah, that doesn't seem common, unless you're behaving wildly inappropriately or the boyfriend is a psychopath. Speaking as a straight woman in a relationship who mostly seems to make friends with dudes, I'd be pretty bummed if someone interesting avoided being friends with me just because one time a guy threatened him for talking to his girlfriend (seriously, what happened there? I'm so curious). Odds are she'll either be glad to make a friendship attempt with somebody cool from class, or she won't be into it and will say no politely.

Enail wrote:ETA: As for not seeming desperate, just taking a no (including a soft one) as a no and responding casually, and not pressuring her or talking as if getting together once means you're bffs, is probably enough.

And this, 100%. That's the essence of not seeming desperate.

Hi BlackBart.
I believe for most of us, our own perceptions and intent color off quite strongly on our composure and behavior.
If you already from the start firmly decide that she is someone you'd really enjoy hanging out with, but isn't somebody you'd date or bed (even if such a suggestion or hints would come from her; don't look for signs!), then it's a lot easier to handle, and save for some misunderstandings it will probably shave away many situations when you could potentially come across as needy or desperate.

With motives clear in our own head, I think it affects a lot of small things in our behavior that we don't even think about.

Some might think it's a bit rigid and inflexible to place people in definite cathegories from the start and hold to it:
"Only aquaintance, only casual friend, good friend (but will never date), person I want to date, etc."
Yeah, I guess so, but I think it's a very good place to start off if you have difficulties to even begin socialising.

It simplifies matters considerably, and by the time you've changed and feel like a different more socially fluid person, you can always reassess this stance.