Caffeinated wrote:I'm reading Leviathan Wakes by James S.A. Corey, and it is sooooo good. I'm about 300 pages in after about a day of reading, because every time I put it down, I have to pick it up again and read just a little more.

Oh yeah I absolutely love The Expanse series. IMO the best ongoing sci-fi series out right now. Definitely check out Daniel Abraham's other stuff (Daniel Abraham being one half of the SA Corey pen name).

Also agreed with all of the Kingsman love. Just a really fun, fresh action movie.

I stumbled upon this the other day. While cheesy and campy I found it rather cute and well done considering there was likely nil budget. I proudly represent House Hufflepuff 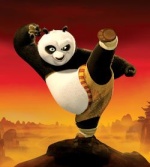 Mother of God, Wrestlemania 31 was one of the best wrestling shows I've ever seen x_x

Archetype694 wrote:I stumbled upon this the other day. While cheesy and campy I found it rather cute and well done considering there was likely nil budget. I proudly represent House Hufflepuff

That's one of my feel-good go-to internet thingies. I love their other musicals too, especially Starship and Me and My Dick.

As for other entertainment joys: http://theselfexpress.tumblr.com/post/113874248274/the-world-is-all-music-and-magic.

That's one of my feel-good go-to internet thingies. I love their other musicals too, especially Starship and Me and My Dick.

I just started watching some of their other plays, I'm cracking up at "Twisted: The Untold Story of a Royal Vizier" Poor Jafar, I always thought he was misunderstood.

I am so hyped for the upcoming movie. I wound up subscribing to Marvels new subscription service called "Marvel Collector Corps" It's a bi monthly subscription box with unique swag. The first box is Avengers themed and has a sweet lil Funko Hulkbuster included.

Welcome to Nightvale. Thank you to whoever recommended it in the old forum (Gentleman Johnny? Fakely McTest?). Rooms and I started listening a month or two ago and it has added much happy and too many in jokes about the dog part and chanting in unison.

I've only played a couple full games, but it's the most fun with a MOBA I've had in a while.


The game is way more accessible than League of Legends or Dota 2. The lack of an item shop, smaller maps, and a team-based experience bar rather than individual-based means the learning curve is much less steep. Instead of just one generic map, each has it's own gimmick and unique strategies. Fantastic!

Wow, new Muppet Show!? They've tried that before without much luck, but maybe the moment is right now and they can pull off something good. Cautiously optimistic!

I heard the guy who's writing the show also works on The Big Bang Theory. As long as my favorite characters are involved (Statler and Waldorf) I'll be happy.
_________________
EREMITAE USQUE AD MORTEM

Hmm, I'm not a fan of the Big Bang Theory, so that's more of a worrying sign than a mark in its favour for me. Ah well, we'll see.

I just started parks and rec last week; marathoned into season 6 and I'm like squee!

Leslie Knope/ Ben Wyatt are my dream team. When I find someone, I hope it's someone like him :3 Game of Thrones jokes included

I love this show so much. I never was a fan of Amy Phoeler before hand but after reading Bossypants and learning of her and Tina Feys fighting against sexism in the writers room in the 80's SNL days made me decide to give her work another look. I think what seals the deal for me is that I know and love someone whom the character Leslie reminds me of. Ron Swanson is my hero (His book is quite funny as well)

That and I find her to be an all around amazing person, she has an outreach called "Smart Girls" on facebook that highlights awesome people doing great things, as well how she seems to be the kind of person whom helps others grow in their careers, giving a hand up to the younger actors.

Finally saw Interstellar yesterday it was bloody awesome. I'm going to try and get the OST on vinyl. The power of the organs was sublime and matched the tone of the film brilliantly.

Luckily, Hans Zimmer releases his work on vinyl. The Man of Steel 0ST is great on vinyl.

If you're on the fence or not otherwise interested in the Netflix Marvel's Daredevil, here's something from the end of Episode 2 that's must-see.

I've never seen it, but I'd heard people say "Oldboy" if that means anything to anyone

A child is kidnapped by the Russian Mafiya to lure "the masked man" out.

"Edge of Tomorrow" (four stars out of five)

"What We Do In The Shadows" (Eleventy Billion Stars!): https://www.youtube.com/watch?v=QWk4YtK-iHY

Books:
The Gentle Art of Tidying Up by Marie Kondo
So You've Been Publicly Shamed by Jon Ronson
The Bees by Laline Paull
_________________
My blogs: Dating: http://thegatewayboyfriend.blogspot.ca
Movies, TV, and Videogames: http://thecompassionatedegenerate.blogspot.ca

Yeahhh, watched this last night. Got a bunch of chuckles and gasps out of it (Chuckles 'n Gasps: not a dog food, but the gold standard for action films). Felt classic, like a SF premise that could have been written in the 50s, but felt equally timely and tongue in cheek about the video game experience.

Finally, the long awaited reissue and remix of Roger Waters' Amused To Death, one of my favourite albums of all time, is arriving at the end of July!

I saw the announcement just as he posted it on his Facebook and already have it all ordered.

Holy shit Daredevil! Only go tthrough one episode but its incredibly solid for Netflix and damn those fight scenes are brutal!
_________________
Gentleman Johnny
Not John Galt

I've split the Star Wars stuff to its own thread.

Just signed up for Netflix since it is now available in Australia.

I forgot how much I adored The Adventures of Tintin.

Hate to double post, but the time demands it. Saw the first screening of Avengers: Age of Ultron last night in a double-bill with the first Avengers.

It was pretty damn good! A little mixed in it's execution with Ultron's goals, but over all, very solid. Brilliant action set pieces as to be expected too.

The Harrison Wells mystery is coming to a head in The Flash, and I LOVE IT

I'm absolutely in love with the movie Ex Machina. It's so fucking great, it's been a week since I saw it and it had me alternating between laughing hysterically and recoiling in shock.