I just saw Why Don't You Play in Hell, which I think is my favorite film of this year. It's the most fun I have ever had while watching a movie, and its end is simultaneously hilarious, sad, and glorious. It also made me understand just how filmmaking can be joyous for people who really love it. And it's about characters who are all batshit crazy, but so committed to what they do and what they love that you have to cheer for them and love them. Go check out the trailer (which I would say is pretty representative of how entertaining the movie is), and if it seems like it would be your kind of thing and it's come to a theater near where you live, please go see it ASAP.

I just started GTA V but I'm really digging the multiple protagonists with interlocking stories. It really creates a feel of a (fairly tongue in cheek) crime drama. Each character has family, friends, character development and when you get a couple of them on screen together (I haven't gotten the third guy yet) its a really fun payoff watching their very different lives collide.

I have some books on my shelf that I need to open myself.

Caffeinated wrote:Another great webcomic: Oh Joy Sex Toy. http://www.ohjoysextoy.com/ Tons of great information about sex and sexuality, with an inclusive viewpoint (never seen someone of your size/age/race/disability/etc depicted in a sexual context? Here's somewhere you may.)

But what about the lonely and bitter virgins!? 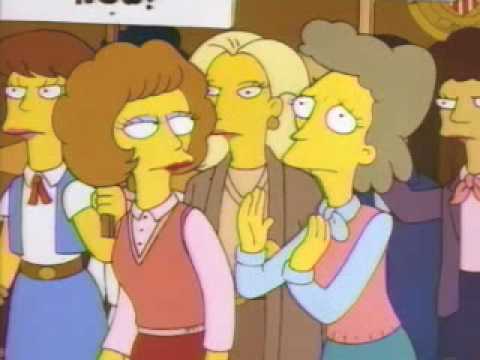 Suika wrote:
But what about the lonely and bitter virgins!?

I, uh, don't think sex toys typically come with an experience requirement. Or a social fulfillment or an unbitterness requirement, for that matter.

Suika wrote:
But what about the lonely and bitter virgins!?

I, uh, don't think sex toys typically come with an experience requirement. Or a social fulfillment or an unbitterness requirement, for that matter.

So you don't think that the new and modern cybertoys automatically will scan through your facebook in search of activity, and if you aren't social enough, would collapse into a black hole of castration?

They depict lonely bitter virgins in a sexual context? This I have to see.

nearly_takuan wrote:They depict lonely bitter virgins in a sexual context? This I have to see.

This OJST on consent (NSFW) is fantastic reading for everybody who ever plans on having sexual contact with another person.

edit: And wow, this is the first time I've heard anyone else describe my birth control as "the most sci-fi method out there"! Which it totally is! Well done, comic author.

Whaddaya know, someone who actually knows how to use "linchpin" correctly. Too bad Hipster Velma's posture is atrocious.

How in the world did I not find out about Sydney's version of Mana Bar until today. Well it only opened a month ago but awesome!!!!!!! Alcohol, socialising and people that like video games all in once place!

Had no idea this was gonna be a thing. I am sooold.

The Mysterious Package Company's Curios And Conondrums magazine is giving more hours of entertainment for my dollar than anything I can remember. There's a complex series of interconnected puzzles to get into the mysterious Vault that have a small community working n them. My notes are starting to look like crazy conspiracy theory stuff.
_________________
Gentleman Johnny
Not John Galt

I got such a kick out of this: http://twistedsifter.com/2014/11/austin-light-illustrates-movie-titles-with-one-letter-removed/ I am easily amused

Finding new music that immediately love is a pretty good feeling. Especially when you can't help but marathon a whole album in one sitting right upon finding it.

I'm in the midst of reading the dystopian novel We by Yevgeny Zamyatin, written in the 1920s, for a class, and the narrator is just talking about one aspect of the society that seems like, well, not too far of an exaggeration of some things we hear on the main site comments from time to time:

...OneState mounted an attack on that other rule of the world, Love. Finally ,this element was also conquered, i.e., organized, mathematicized, and our Lex sexualis was promulgated about 300 years ago: "Any Number [person] has the right of access to any other Number as a sexual product."

The rest is a purely technical matter. They give you a careful going-over in the Sexual Bureau labs and determine the exact content of the sexual hormones in your blood and work you your correct Table of Sex Days. Then you fill out a declaration that on your days you'd like to make use of Number (or Numbers) so-and-so and they hand you the corresponding book of tickets. And that's it.

reboot wrote:I got such a kick out of this: http://twistedsifter.com/2014/11/austin-light-illustrates-movie-titles-with-one-letter-removed/ I am easily amused

Awesome Chillout mix that I found on mixcloud:

Just watched the movie "Silver Linnings Playbook"........... wow.... just wow..... it was amazing. I'm not usually into drama-rom movies, but this was different. The characters felt real, raw, rough (meaning human and not a cardboard/cookie-cutter/sterotype), performance was top notch. That and the fact that I totally have a celebrity crush on Jennifer Lawrence (she is just so amazing on several levels

This was the first peice of media that I have ever seen on netflix - never heard of it before, netflix recommended it to me, so I said why the heck not. I can see now why so many people are addicted to it.
If your wondering how did I manage to get to use netflix outside the US - well, it was all thanks to this little free add-on app to google chrome web browser called "hola". Works flawlessly for me (didn't notice any bugs or usage issues of any kind): Hola

(oops, this should go here.)

With bony hands I hold my lover;
On soulless feet, we cross the floor;
The music stops, as if to answer
An empty knock upon the door.
It seemed her skin was sweet as mango,
When last I held her to my breast,
But now, we dance this grim fandango,
And will four years until we rest.

I just saw the Fantastic (Fant4stic) Four trailer. I have.... thoughts.

It's like Interstellar! But they set a Black Guy on fire?! Annnnd that's the plot?

Howard Stark wrote:I know! I was wrong. But you have to understand: a kid like me doesn't get to where I'm at—
[Peggy: "What, wanted for treason?!"]
I grew up on the lower East side. My father sold fruit. My mother sold shirt-waists for her factory. Let me tell you, you don't get to climb the American ladder without picking up some bad habits along the way. There's a ceiling for certain types of people, based on how much money your parents have; your social class; your religion; your sex. The only way to break through that ceiling sometimes is to lie. So that's my natural instinct: to lie.

The Americans is back! Also, a few weeks belatedly, Archer is back!

Also, looks like I should watch some of those Peggy Carter episodes on my Tivo.

The Flash is what superhero shows should aspire to be. Deep, heartfelt connections between the main character and his supporting cast, incredible villains, badass action sequences, intrigue and mystery. And Captain Cold, god damn. A guy who's always in control, always counting down the seconds, always knows which angles to play, and who absolutely LOVES being a supervillain.

Arrow's pretty good too, though it's been slowly losing its steam between each season. I will say this season, they did something that no one else has ever been able to do in any other media, they made me care about Ra's Al Ghul. This guy comes off as a Game of Thrones King who speaks about his superiority as objective fact, and then proves it. The trial-by-combat, with his old-man Captain Kirk body and completely unarmed telling Ollie to come at him, god damn

Parks and Rec. There's something really satisfying about a comedy show where the main characters are mostly decent and likeable people with actual skills and strengths. So much comedy depends on sociopaths and idiots - on Parks and Rec, even the idiots can be pretty genius!

Gman wrote:
Yes, that is a Hologram singing and yes, that is a live audience. Maybe some of the anime experts around these forums can clarify this rather bizzare, but also (in my opinion) quite impressive musical show for us. TL:DR = it's wierd, but I like it anyway :-)

The idea's at least as old as Sharon Apple from Macross Plus in 1994 (probably older).