Discussion of biology in fiction [SPOILERS]

Discussion of biology in fiction [SPOILERS]

If you haven't seen Attack the block, you totally should. It's great.

But in the movie, they're discussing the sex of the aliens they encounter, and naturally assume the bigger ones are male while the single small alien was female.

Bollocks, I say to that, because it doesn't make sense. So many males, with only one female? If you lose the single female, your species is wiped out.
I'd personally hazard a guess they're like bees. They probably have one queen, who has XX as sex chromosomes. If she reproduces asexualy, she produces some males (who only have X as sex chromosome), after which she can sexually reproduce and produces workers/soldiers (the big aliens).

If the queen dies, one of the workers/soldiers becomes the new queen. You don't need many males, and if you lose some it's not the end of the world.

Only scenario where it would make some kind of sense that the big ones are male is if they're like clownfish. If the female dies, one of the males transforms into a female.

Thoughts? Anyone else a pet theory of how biology might work in their favourite films?

"But in the movie, they're discussing the sex of the aliens they encounter, and naturally assume the bigger ones are male while the single small alien was female.

I haven't seen Attack the Block, but I agree that the assumption that the bigger one is automatically the male is bollocks.  The black widow spider and angler fish are two examples of species where the female is much larger than the male.

This made me recall an interesting article on sexual dimorphism in fictional creatures, particularly in World of Warcraft.  My thoughts on it were, "I know Most Writers Are Human, but come on!  Humans can be more creative than that."

"So many males, with only one female? If you lose the single female, your species is wiped out."

Mass Effect has a justification for something like that.  The Salarians are an amphibious alien species where females lay dozens of eggs, regardless of whether they mated.  If the eggs are fertilized, the resulting offspring will be female and thus lay more eggs.  To control the population size, 90% of Salarians are male.  Yeah, the species is finished if there are absolutely no females left, but only one is required to keep the species going (provided there is at least one male too).

Sorry I could only use non-film examples. 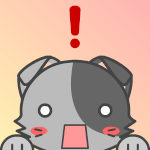 The WoW one is particularly interesting to me. They didn't go for an hourglass figure like you would expect if they were modifying the characters to be conventionally attractive. Instead, all of the guys are a reverse triangle (big shoulders, narrow waist) and all the women are (to a greater or lesser extent) triangular, with the shoulders notably smaller than the hips. I Googled up "conventionally atractive woman to confirm my suspicion that your average model is not built that away. So not only were they sexified, the character models were actually made to look less imposing and their arms have to do an odd outward angle to clear their hips. To make it even stranger, all of the more human races (ie the ones that didn't need a lot of modification) - humans, gnomes, both elves, undead, all have shoulders that are slightly wider than their hips so their arms fall correctly.
_________________
Gentleman Johnny
Not John Galt 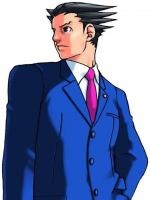