Two days ago I was out with some friends and I met one of my roommate's dates (let's call her April and him Frank- they're not their real names). Something awkward happened.

After she had talked for a while with one of my friends (who's also one of her friends) she turned to me and started talking. The conversation went on like this:

April: "Hey, you are Frank's roommate, aren't you?"

Me: "Sorry, I haven't seen him this evening."

April: "So is he out? I've tried calling him and he doesn't answer. Could you call him for me, please?"

Me: "Nothing, April wanted to hear from you"

Frank: (after a long beat of silence): "Why are you putting yourself in this position?"

Frank: "Why are you calling me for her?"

Frank: "Jesus Christ Dazed. You don't have to do everything that people ask you to do. I don't want to hear from her, that's why I wasn't answering her calls!"

April (to me): "Is that Frank? Could you give me the phone for a minute?"

Frank: "How can you be so clueless, Dazed? Don't call me again"

April: "Could you call him again, please? It's important"

[a long beat of awkward silence. April carried on talking with my friend for a little while, then left us]

Yesterday Frank approached me, and we had this conversation (sort of: I don't remember all the exact words, but this was the gist of it)

Frank: "Look, Dazed, here's a tip. When someone isn't answering calls, and the person who called them ask you to call them, you DON'T DO it"

Me: "Come again? How was I supposed to know that you weren't answering her calls on purpose?"

Frank: "Well, it's pretty obvious. I thought you were a clever dude, do the maths"

Me: "Listen, if you were with someone else and didn't want to be bothered by April, you should have spoken to her, not leave her in the dark"

Frank: "This is not your business. Stay out of it."

Me: "It becomes my business when you ask me not to call you to cover your ass"

Frank [visibly irritated]: "Well then do the clever thing and stay out of it."

Me: "She asked me. And I'm having enough of this shit. If you want to deal with it, talk to her, not me."

Frank: "I'm just asking for some fucking common sense. That you don't have."

Me: "Common sense is also not being a fucking coward who needs to hide and blame me for your fucking issues"

Frank: "Fuck you, Dazed. I don't have issues, I'm living, not being a judgmental little prick like you. And we both know why you helped her. You want to fuck her, so try to get in her pants by being a pussy-whipped self-righteous sniveling White Knight"

I can't stand this guy. What should I do?

You tell every gal next in line this story whenever they're trying to contact Frank through you.
Minimize interaction with him, but you were going to do that anyway if I remember the previous thread correctly.
_________________
Pompeii, VIII.2 (in the basilica); 1904: "O walls, you have held up so much tedious graffiti that I am amazed that you have not already collapsed in ruin."

BasedBuzzed wrote:You tell every gal next in line this story whenever they're trying to contact Frank through you.
Minimize interaction with him, but you were going to do that anyway if I remember the previous thread correctly.

Shit, at that point tell these ladies before Frank even gets to sleep with them, "Oh by the way, Frank's gonna ghost on you hard as soon as he sleeps with you, just an FYI." At least that's what I'd say, but then again I can be blunt and a dick like that.

So, I'm just going to say something from a different perspective.

First, yes, your roommate needs to be dealing with his dating issues on his own and not doing things that get you stuck in the middle. And certainly not blaming you and insulting you for it.

But from the opposite side, as a person who had a stalker, I am never a fan of someone agreeing to contact a non-responsive person on behalf of someone else. In general, I just don't think it's cool to do that. Whether someone's reasons for not responding are valid or invalid, mature or immature, intentional or unintentional, I would advise against offering to do that again for anyone if you haven't run it by the non-responsive person first.
_________________
-Nevertheless, she persisted

Frank sounds awful, but I'm actually with him as far as this disagreement goes. April is the person in this story who was most out of line, and I think it was a bad idea for you to go along with her inappropriate request. If I were Frank, I'd be mad too.

There are perfectly good reasons for dodging calls, and it sounds like you two aren't anywhere near close enough to guess if Frank is avoiding someone on purpose or if he's just let his phone battery die. In either case, I think you should tell anyone who asks that you don't get involved with his personal life and refuse to make the call.

And, of course, I think you two should try to back off from each others' personal lives. To the extent it's possible, I think you might want to keep an eye out for new roommate possibilities. I don't think this situation is going to be feasible long term. It would be best for you if you could live with someone you dislike less, and I think you might at least want to have some backup options in case Frank is the one who decides he wants to move out first.

BasedBuzzed wrote:You tell every gal next in line this story whenever they're trying to contact Frank through you.
Minimize interaction with him, but you were going to do that anyway if I remember the previous thread correctly.

Shit, at that point tell these ladies before Frank even gets to sleep with them, "Oh by the way, Frank's gonna ghost on you hard as soon as he sleeps with you, just an FYI." At least that's what I'd say, but then again I can be blunt and a dick like that.

I would not recommend this. Every time someone I know has said something like that, the people they've said it to have ended up dating seriously or even marrying. It makes for really awkward future interactions.

eselle28 wrote:
I would not recommend this. Every time someone I know has said something like that, the people they've said it to have ended up dating seriously or even marrying. It makes for really awkward future interactions.

Yeah, I'm going with eselle and Wondering on this.
In the future, you don't wanna call someone for another person. Frank was avoiding April. It doesn't matter if his reasons are reasons you personally disagree with. He didn't want to talk to her. And yeah, it was incredibly awkward and out of line for her to demand you help her get around those boundaries. 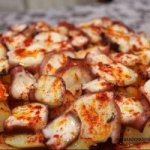 I think this could be good practice for the whole, "disengage for your own peace of mind" stance we were talking about on the other thread! I think the more you get drawn into whatever he's got going on in his life the more it's going to make you hate him and the worse your living situation is going to feel FOR YOU.
_________________
Please let it be an empty shoebox with a note saying “LOL Just kidding, I love cats, sorry I worried anyone. xoxox E. Schrödinger”

Update: I managed to get a cooler head and I've discussed the issue with Frank, at length. He came to me to apologize about being an ass. I admitted that I shouldn't have called him on April's behalf (in hindsight I really shouldn't have, even though I didn't think about it, I just reacted the way I react to anyone who asks me something politely). He also admitted that he's been an awful room mate so far (especially about the food thing, he's offered me some money to pay for it) and we've negotiated a truce: we're going to stick to being polite and respectful with each other, and to organize things around the house in a way that's more productive (we drew a clearer timetable for chores), but we'll avoid discussing personal matters.

I don't think I like him, or that he likes me, but he seems to be more reasonable than I expected, and in hindsight I've been a bit of a jerk myself at times.

Oh, that's great! I wasn't expecting that, usually terrible roommates seem to be pretty set on being asses, but that he recognized his fault and that you were able to come up with some truce conditions is a good sign. I hope that'll make for some easier living!

Oh, I'm so glad to hear that! I'm a little surprised he was able to admit where he'd been wrong as well, but the fact that you two were able to have that conversation at all makes me think your roommate situation may end up working out just fine.