I was having brunch with some friends a few weeks ago, several of whom are either married or in the process of planning a wedding, and we got to talk about family nosiness. Both couples had experienced that kind of nosiness in which the family is constantly assuming they'll get married/have kids/live the "traditional" life. Before getting married, they also experienced the stereotypical "Why aren't you married yet? You're so pretty!"/"How's your love life?" kind of nosiness.

As an interesting counterpoint, I've never experienced that kind of nosiness from my family (immediate or extended.) I've actually gotten the opposite treatment, where as soon as I turned, like, 22, my family assumed it was "too late" for me. They never bug me about kids, or marriage, or whether I have a boyfriend. They seem to have labeled me the Loser Cat(Dog?)-lady, and left it at that. Hell, even when I have a boyfriend, my family doesn't bug me with questions about when we're getting engaged. In fact, my mother frequently says things like," Well, it's too late for you to have kids, so..." The unspoken assumption seems to be that no boyfriend is ever going to "stick", and I blew my chances at marriage/family decades ago. (Seriously, I can't spend more than an hour with any older lady in my family without her reminding me that 30 is really too late for anything but spinsterhood, so it's good I'm focusing on my career.)

My friends think this is obviously annoying, but still contend that kind of nosiness is preferable. I only have my experience, so of course I think it's the worst.

Which kind of nosiness would you guys prefer?

Or maybe framed a different way, I'd prefer people make assumptions about me that are way off base ("so when are you gonna have 9 kids and devote your life to coaching Little League?") than kinda off-base, but close enough to sting ("so, how many years until you totally implode and retreat to a filthy VR basement cave forever?") So yeah, I think your kind is the worst too.

But I do have to acknowledge that in some sense it's nice that they didn't just give up on me. Your family sounds really awful in this regard; I'm sorry. 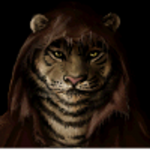 I am in kind of a different situation in that my normally pro-marriage and pro-reproduction family was very much opposed to me having kids for fear that they would also have birth defects, so not a peep about this from them, for which I was grateful. My brother was not so lucky and I was annoyed on his behalf because it was bad. My getting married surprised everyone, including me, since no one ever thought a man would want to be in a relationship with me. After the divorce, my family has had the annoying habit of asking me what I am going to do now that I "ruined my marriage" and "lost" my husband, especially "who is going to take care of you now?"

I was primary breadwinner for 85% of the time we were married and have been supporting my parents while I was married and single. Oh, and helping save for the niece and nephew's and a passel of cousins' college. The hell why would I need someone to take care of me? Sets my teeth on edge every damned time

That sounds so unpleasant! My family heavily values privacy and not being intrusive, so it's pretty impossible to imagine them getting nosy about my personal life or declaring me doomed to cat-lady-dom etc., but I did have a friend do the latter (when I was in high school, even!). She didn't intend it meanly, but it stung pretty badly at the time (maybe more so than if it had been meant as an insult). But I follow my family's tendency towards privacy, so being asked intrusive questions/demands about my life sound pretty agonizing too, though.

I'm going to follow Werel and say way off-base nosiness is the least-bad option (I'm not fussed about being asked when I'm going to have kids, because there is no part of me whatsoever that wants kids and I have no insecurity about that, so there's no sore spot it can poke at). After that I think I'd rather nosiness that's close enough to sting over assuming I'm doomed at things I really want, but it's a close call.

It might depend too on who it's coming from; with people I'm close to, it seems more crushing for them to have given up on my behalf, while with people I don't know much I don't care as much what they think my future holds, I just want to get through the interaction without feeling like they're trying to rifle through my metaphorical underwear drawer.

ETA: Also Reboot, holy shit, how do you stand that without your head exploding?!?

Firstly, RBS that sucks that they do that to you and I'm sorry you had to endure it.

I'm leaning more towards preferring nosy family who ask when I'm going to perform marriage and family (which I deal with now). Like Werel, being informed that there's no hope or I'm a lost cause would be pretty harsh, despite how much I'd like to never be asked when I'm having children ever again (I've actually gotten asked that more than about marriage, which o_O)

What's with all our families saying such rude stuff??

ETA: Also Reboot, holy shit, how do you stand that without your head exploding?!?

I'm a bit like reboot in that no family ever asked me about kids because of my diabetes. It was just assumed I wouldn't/couldn't have them. And no one says anything to me about having more now. Being over 40 also helps with that.

My parents never said anything to me about my "late-bloomer" status. My mom was bugged about it by her family when she was single, so she never did it to me. And other relatives didn't say anything to me about it, but they did say stuff to my mom. Apparently, my grandmother accused me of being lesbian to my mom because at the age of 20-something I'd never had a boyfriend. And it was an accusation from her.

So, nosiness of any sort is not okay with me.

However, unlike everyone else, I think I'd rather the sort of nosiness you get, RBS. Because I have a "fuck you all and the horse you rode in on" attitude toward anyone trying to pry or insinuate themselves into my personal life, so I'd rather I be angry at someone who is thinking poorly of me than the other way around.
_________________
-Nevertheless, she persisted

I sympathize with everyone here who's having trouble with relatives' attitudes about marriage and children, whether it be that they regard them as a lost cause or that they make terrible comments.

My parents have never, ever pushed the idea of children at me. I suspect it's at least in part because they see some of the same traits that I've identified as making me unlikely to be good at or enjoy parenting, though in their cases I think they sometimes exaggerate the traits that are negative (rather than just neutral reasons I might not be cut out for parenting) to an extreme and/or map some of my father's personality traits onto me when I don't actually share them.

They do push dating, or at least dating very particular men who they see as being likely to push me into being more the child who they want me to be. This has included introducing me to very incompatible men, often without a heads up beforehand, so I would kind of prefer if they decided I was a lost cause when it comes to dating and marriage. I wouldn't mind it if they extended the lost cause mentality to career, hobby, and lifestyle choices as well.

Mine think I'm gay, I'm reasonably sure. Once in a few months I get a speech from my parents how they would be perfectly accepting if I was.

They're getting more nosey now, it's incredibly annoying