How To Casual Sex [HELP!]

How To Casual Sex [HELP!]

Just ended a two-year relationship, which started 4 months after the end of a 10-year marriage. I'm not upset about the breakup -- I didn't have any time for a relationship, because my life is a wreck.

And we are supposed to talk today to plan, and I HAVE NO IDEA HOW TO DO THIS.

Where do you meet people for this kind of thing? I don't even know where he is, or what to suggest. Is it weird to do it at someone's house? Should we get a hotel room? How does casual sex even WORK? Am I crazy? OMG help.

I wish I could give you some advice, but I have literally never had casual sex in my life, so instead I'll just point you to some potentially enlightening but always entertaining reading: New York Magazine's Sex Diaries, which asks people to anonymously submit logs of their daily sex lives for a week. Aaaand most of 'em involve Tinder hookups, so maybe inspiration?

Good luck have fun be safe!

Yay the one time in my life where being a hedonistic twenty-something year old who drowned her serious life issues in casual sex actually gives me the ability to give valuable advice!

First off, you meet in public. And you insist on meeting in public. This is actually a good screening technique, because it filters out the assholes and the outright jerks and anyone who would respond with "WELL I DON'T SEE WHY I SHOULD HAVE TO CONSIDER YOUR PERSONAL COMFORT AND SAFETY WOMEN ARE LYING ABOUT RAPE FOR ATTENTION BOO BOO BOO". You can always go over to his place (or your place afterwards) if you are getting good vibes. Where it's done? Well anywhere really, broke ass twenty somethings don't get to be picky. Outdoors, the car, his place, your place (but you have kids, right? So maybe not your place)... Nobody does it in hotels. Not unless they're cheating or in movies or most likely cheating in a movie. Seriously, who pays money for a place to have sex? But to answer your question, it's not weird to do it at his place, or your place if the kids aren't around.

As for how casual sex works, well... In my time doing casual sex, I tried my best to DNL's rule about not having sex with someone you wouldn't want to be friends with. I've done true fuckbuddy relationships where all had was the mashing of genitalia and I eventually found it pretty unpleasant, the desperate attempts to come up with something to say to pass the time before and after the fucking. In screening for sexual partners I wanted people who I could at least hold on a conversation with and enjoy the presence of. YMMV on that though. Certainly I can agree, the dynamic at first can be a little bit awkward, the feeling like you're being super vulnerable with a total stranger. I sorta found what helped was a focus on common pleasure and enjoyment, the simple fact that you're sharing in desire and mutual need. Or really, there's nothing shameful about some connections in life coming not out of decades of marriage or friendship for life but a brief meeting and connection to enjoy each other's bodies and then go your separate ways. I know it might sound super scary and foreign right now, but it's okay. It's not nearly as strange or impenetrable as I think we're often lead to believe.

Other thoughts on casual sex--it's okay to just do hands and mouth the first time, if that would make you feel more comfortable, also plenty plenty plenty of foreplay. I imagine you might be pretty nervous, so don't feel the need to rush it at all. Also, it'll give you a sense of what your partner enjoys. Casual sex requires about x10 more communication than relationship sex where you know your partner and their preferences, check in often. (Also insist on your partner checking in with you first before doing something, it's not too much to ask for a head's up or a chance to refuse). Car sex is sometimes annoying but restraint can sometimes be pretty hot, same with fogging up the windows. Go drive out to the middle of nowhere and be as loud as you'd like. I've had some goddamn beautiful outdoor sex, but it's a crapshoot whether or not you're going to be swarmed by mosquitos. Relax, have fun, and don't let nobody shame you for your urges!
_________________
Foster! It saves lives! And kittens! People will just give you kittens! For free!

As an old with money to spare, if I hadn't lost all interest in casual sex years ago, I think I would feel that a hotel room could remove a lot of potential awkwardness. (How do I - politely - get this person to leave/ is he judging my home/ am I judging his/ do I feel invaded/ do I feel insecure on his territory etc.).

And it works pretty much the same way all sex works 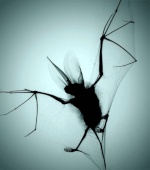 Prajna covered the most important, especially about meeting in public. So I'll just add:

1) For me, when I've had casual sex, I found it a little awkward to get started... to go from strangers to touching each other. Once that barrier was broken, though, once fingers had been in contact with skin, my body was quick to remember what to do and things went a lot more smoothly.

2) Probably no big surprise, but feelings can be a little unpredictable when casual, especially with repeat encounters... Oxytocin and all that... I don't know if you're like me, in that you're prone to get overwhelmed by feelings, but if you are, I've found them easier to manage when I've been prepared for some unpredictability in advance.

Thanks, everyone, for the advice! I ended up wimping out because I was just too TIRED for all of it. But I can take this forward -- I think I may want to plan for same-day meetings, so I know how much energy I have.

ElizaJane wrote:Thanks, everyone, for the advice!  I ended up wimping out because I was just too TIRED for all of it.  But I can take this forward -- I think I may want to plan for same-day meetings, so I know how much energy I have.

Don't worry about wimping out, and good on you for taking care of your body and energy levels with this. The one thing I have to say about same-day meetings where sex is presumed is that they can be a little tricky if your not the kind of person who has really strong boundaries and is totally on top of it about picking up on red flags and little things that might seem off. I know that for me, as a spectrum woman, I often don't pick up on signs that someone might not be a safe person or the kind of person that I want to go to a private place with and have sex with in the moment, because I often struggle with not being super attuned to those little nonverbal cues and feelings that people usually pick up on. Rather, I find that I need to, after meeting someone, have like a day or so to deliberately examine things like "how did they treat me?" "did they respect my boundaries?" "do I feel safe with them?" "what was the gut feeling that I was sensing in the moment?" I imagine that other people might be able to identify and answer those things in the moment, but I really struggle to do so, as all my energy is put into the social interaction in the moment and those sort of safety and comfort check ins are things I have to take some time to do for myself. I know personally that sometimes when I meet someone in person for the first time and then go have sex I've had experiences that were less than pleasant and safe, because I didn't really have the time to do that mental analysis of how it was going and how I was feeling, and rather than making a decision based on what I wanted and felt good with, I was just going along with what they wanted and the pressure coming from them. That isn't to say all hookups upon first meeting are bad--I actually had sex with my now boyfriend upon first meeting him, and other pleasurable experiences, I just personally found that it held more risk and I had to swear off them for some time because I found that it lead me sometimes to end up in not safe situations that could have been prevented by giving myself more time to examine how I was feeling.

But, once again, all of this is coming from a twenty two year old with poor boundaries and self esteem issues, I imagine if I was older and had many more years practice in this and sense of solidity in my identity it might be a different story.
_________________
Foster! It saves lives! And kittens! People will just give you kittens! For free!

I don't know, maybe talk to the would be ONS about how you both work sexually and share a few laughs about it first?