Is Magic: The Gathering a total sausage fest?

Is Magic: The Gathering a total sausage fest?

So I've played MTG in several places/events over the 2/3 years, and, except for a couple teenage girls I saw once, all the players have been male.
Is this the usual or was it just happenstance? Or could it be just my zone? Now that my degree is over and I've stopped bothering with e-dating, I'm trying to find other social spaces through hobby stuff, but this isn't helping.
(Also, I don't think I'm comfortable in exclusively male spaces). 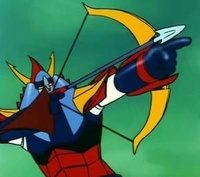 I don't play MtG, but uninformed opinions are my specialty

, sooo... my impression is that it's pretty male-dominated but not as much as it used to be;  there used to be at least a few women who played it here or on Prime. Not specific to MtG, but some general thoughts that might be relevant:

In general for hobbies that lean male-dominated, women often concentrate unevenly within the hobby around the subset of the total spaces that are more female-friendly, so it's not uncommon for guys to see a lot of mostly male zones even though more mixed ones exist, or even when the gender balance is roughly equal overall. Even some spaces that seem welcoming and fine to men can land up seeming much less friendly to women, and it's something that many (I'd say most) women will weight as quite important in deciding where to spend time.

So if you're looking for social situations that are more mixed, MtG might not be the top hobby to look to, but if you're looking for MtG situations and would like more gender-mixed groups, you can probably find some with some looking around. Some ideas of markers of somewhere that's more likely to read as welcoming to women, but aren't too context-dependent, subtle or subtexty to easily identify:

-LGBTQ-friendly (often points to less gender bias as well)
-welcoming to beginners rather than insular or heavily competitive (may read as less likely to do the kind of gate-keeping "prove you belong here" interrogation that can make things hostile for women and other groups not perceived to be "true" members of a hobby)
-held in spaces that are themselves women-friendly (eg. a friendly local comic shop that features comics/manga/graphic novels with a primarily female audience rather than just ones popular among men. I'm not sure if MtG events are held at comic shops, so apply whatever types of locations are appropriate, but for comic shops, at least, you can actually find lists online of woman-friendly ones)
-uses inclusive language on sites and signs; if it's a big event, has a good harassment policy

I've only played MtG via the computer games or with close friends, so I also can't really speak to how it is in the more social spaces. I know a number of women who play MtG or other tabletop/board games, but the impression I get is that women are more likely to prefer playing these games in private friend groups that have been vetted, and tend to be more wary of playing in more public spaces or with strangers.

For example, I have a friend who has told me that every time she and her husband have tried to play board games with people outside of our existing gaming group, she's had a bad experience where some guy in the group will be very patronizing to her or get very "alpha nerd" competitive, especially if she happens to be doing better than he is. So she tends to be reluctant to play with people she doesn't already know and trust.

But I agree with Enail that spaces that are more welcoming to people of all levels and use inclusive language are probably more likely to have more women players. To add to that list, any places that have female employees or organizers are also a good sign that more women will be present for events there.

It may be mostly male dominated but there are definitely women into Magic: The Gathering -- as with ANY geeky field or avenue of interest in anything, really. It doesn't matter what -- comics, wrestling, etc. -- there are always women who will be into it. Proportions may vary depending on what it is, but that's only in statistics.

One of my friends who is a woman is SO into Magic that she all but treats assembling a deck like a tax return. My friend's little brother once visited her for aid in this and it was like watching a geeky 1099 get processed. It was fascinating to behold. 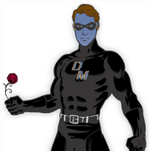