Hell yes or hell no

Hell yes or hell no

Someone posted this article to the Facebook polyamory group. It basically says that if someone isn't all but beating down your door to date you then you shouldn't pursue them at all. Now I know it's possible that someone might worship the ground you walk on but be following a "playbook" such as PUA game or "The Rules" or something but if enough people followed the advice in this article then maybe people would tear up those playbooks and be straight with each other. 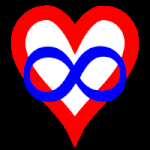 I'd say that like a lot of dating advice, it's useful for some people on an individual level and doesn't work very well when everyone tries to follow it, which makes sense given that dating gurus are trying to help people and make money rather than completely alter society. On the individual level, a pretty substantial market for advice is people who tend to pine after or doggedly pursue people who aren't very interested, and those people really benefit from a set of rules like this.

There's another set of people who aren't very sure how to tell if someone's interested in them, though, and I think that if followed too scrupulously this advice would lead to them never asking anyone out. I'd suggest that these people avoid this advice, because I suspect it would make it even harder for them to learn the signs that someone is interested.

As for it as a universal thing, I'll admit I'm biased: I'm 34 and am pretty sure I would have never gone on anything past a second date if I and everyone else followed this advice. I'm not sure I've ever returned the feelings of someone who's been beating down my door - that sort of pursuit would make me skittish even with other factors left aside - and since I take awhile to warm up to people emotionally I suspect I'd fail most other people's tests as well. I don't know if I'd suddenly become more enthusiastic about door-beating types if I didn't have any other options, but I get the inkling I might not. It's just not my attachment style. Which isn't to say it isn't useful advice for some people, just that I don't think that people who can't show or don't require this amount of enthusiasm are necessarily playing games.

I liked the article. It is fairly close to my way of doing things. Less so for the initial getting-to-know-you period, because when you don't know somebody very well how would you know if you really want to date them yet? But once we do know each other, if we don't each think the other person is awesome, why keep dating? It just always seemed like a waste of time to me if either partner in a relationship was only lukewarm. But that's probably to do with my personal emotional style. I'm very affectionate and require a high level of affection from a partner or else I'm unhappy.

I think it's hilariously idealistic, but kind of cool? I mean, if everyone could be that upfront with each other then so many problems would vanish like Manson says.

But I do have reservations with the following:

Mark Manson wrote:The first problem is people who never feel a “Fuck Yes” for anybody they meet. If you are lukewarm on absolutely everyone you meet, then either your demographics are way off, or you suffer from a lack of vulnerability and are protecting yourself by remaining indifferent and unenthused by all of those around you.

Remember, it’s your job to look for something cool in everyone you meet; it’s not their job to show you. This is life, not a fucking sales convention. Learning to appreciate people you meet is a skill you cultivate. So get on it. This doesn’t mean you have to fall in love with everyone who breathes in your direction. It just means you need to take responsibility for your ability to connect with the people you are meeting.

It's mostly the second paragraph which seems... weird. I understand he's challenging the 'sell yourself' concept, as under the 'Fuck Yes or No' system you should be finding what you like about others.

But it goes against just about every piece of dating advice I have ever heard. There's always a common thread of marketing yourself and doing it well. I actually think that's one of the better pieces of advice out there, because you can't always trust people to give enough of a shit when they meet you to look further - you need to do your own work to market yourself as someone good enough to date in the first place.

Manson's system assume everyone takes a deep look into people they meet which I can't say I notice a lot of the time. I could always be wrong here and missing that, of course.

On the first paragraph though, I think I probably fall prey to both issues. Vulnerability is my bane and I'm pretty sure the demographics I hang around with are completely wrong when it comes to relationship material any more intimate than friends.

Mark Manson... ehhhh, I'm not terribly fond of that guy. He's okay, but does bug me a little bit some times. I'm currently at work so I can't give you a full rundown of what I think of this article. Other than it might be a little interesting.

I think it's a fantastic article, and my personal dating philosophy falls pretty closely to what he advises.

A big reason for that is that my dating history is crammed with guys who were ambiguous at best towards me. My own tendency is to analyze everything to death and never break things off myself, for fear of judgment/being wrong. The result is that I spent months and months in relationships where the guy genuinely couldn't stand me (gee wasn't that a fun experience for everyone.)

A big problem I've run into is social pressure to not run when I encounter a gray area for too long. My friends can be very judgmental about me dropping a guy for not showing enough enthusiasm, regardless of how long I've been seeing him. For example, I'd gone on 3 dates with a guy in which he hadn't made a single physical move (except hug me), hadn't texted me outside of date-arranging, and generally seemed rather apathetic towards me. When I just kind of shrugged and gave up, figuring if he didn't seem enthusiastic after 3 dates he was never going to be, I got gruff from friends for ending it "too soon."

But here's my real enchilada story. I've been friends with a guy for several months, and then we started hooking up. I slept with him for several months but he seemed, at best, kinda lukewarm. When I broached the topic of monogamy, his response was "I guess I'm not sleeping with anyone else, so sure." He took me to a family wedding, but introduced me as his "kind of" girlfriend. After 4 months of sleeping with me, when I asked about dating, he was wishy-washy about it. So, I ended it. Oh man, the backlash I got. Mutual friends said I'd "broken his heart." I got accused of "not realizing he liked me" and being too insecure. Non-mutual friends berated me for not being "more straightforward" (I guess I should have used neon signs?) and "maybe that's just the way he is."

Well it's been a long while since then, and he and I have remained friends. He recently started seeing a new gal. Here's the kicker: he's only known her for a month or two, but is describing them as serious. He went all out on their Valentine's Date; the best I had ever gotten as a date was us watching TV on the couch. I feel both happy for him and vindicated, because that's how someone acts when they're into you! They act into you! They want to be with you, and they actually try. For months and months, I was ringing my hands over whether I was reading the signs wrong, and getting brow-beaten by my friends, when it turns out, I was right the whole time; when someone wants you, they'll show it.

I feel like sometimes society is so desperate for folks to be coupled it errors on the side of "settling" and just being with someone. There is absolutely room for being realistic about your standards and your feelings, but the growing emphasis I see on "settling" as I get older makes me uncomfortable. My friends, for example, seem more eager to see me with someone, anyone, even if that person seems barely interested in me.

I myself have decided that I'd much rather be single than dating anyone who isn't "Fuck Yes" towards me. Maybe asking that he worship the ground I walk on is unrealistic, but maybe that is legitimately the only way I can be happy. One of my biggest fears is someday walking down the aisle, and my future husband's face is just... passive. Not beaming, the way grooms are supposed to be when they see their brides. Just, oh hey, you're there, you look kinda nice.

reboundstudent wrote:A big problem I've run into is social pressure to not run when I encounter a gray area for too long. My friends can be very judgmental about me dropping a guy for not showing enough enthusiasm, regardless of how long I've been seeing him. For example, I'd gone on 3 dates with a guy in which he hadn't made a single physical move (except hug me), hadn't texted me outside of date-arranging, and generally seemed rather apathetic towards me. When I just kind of shrugged and gave up, figuring if he didn't seem enthusiastic after 3 dates he was never going to be, I got gruff from friends for ending it "too soon."

I feel like sometimes society is so desperate for folks to be coupled it errors on the side of "settling" and just being with someone. There is absolutely room for being realistic about your standards and your feelings, but the growing emphasis I see on "settling" as I get older makes me uncomfortable. My friends, for example, seem more eager to see me with someone, anyone, even if that person seems barely interested in me.

I haven't been here very long, but I've already seen other posters say that your friends treat you badly. And going from this post, I'm inclined to agree with them. Kudos to you for knowing what you want out of a relationship and ending things when it becomes clear that the guy you're seeing is not the right guy for you.

I think the article is based on a good premise, but it's a little too general. MapWater and eselle28 make good criticisms. My own take on the subject has always been, "Take a 'no' at face value. There are a small number of people who will say 'no' when they want you to read their mind and know that they really meant 'yes,' but you don't want someone like that in your life."

I read the article and, while i liked it, quite brutal in its way with interaction with people. Sounds like the Nuke option from DNL for everything
_________________
Sucking At Something Is The First Step To Being Sort Of Good At Something